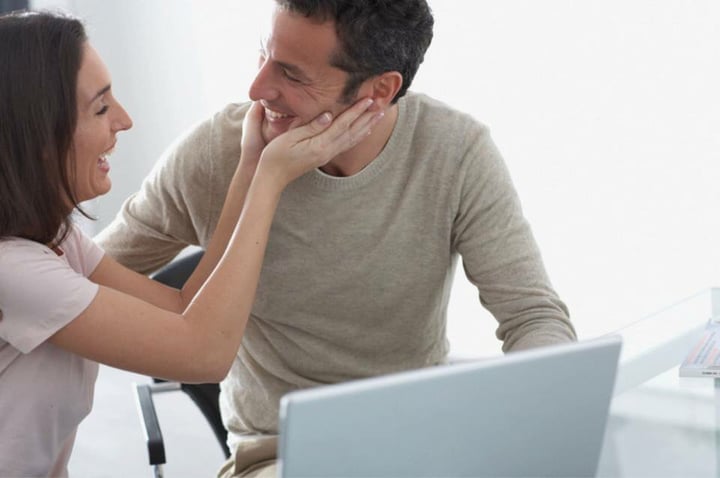 In the negative cycle, when one person perceives their partner as dominating, a common reaction is for that person to avoid dealing with issues. As a person uses more avoidance, they will often perceive more dominance in their partner.

Often a goal of marriage and relationship education is to increase the assertiveness and active listening skills of one or both partners. This series of posts discusses assertiveness and self-confidence and avoidance and perceived partner dominance.

Avoidance: Avoidance is a person’s tendency to minimise issues and his/her reluctance to deal with issues directly.

Avoidance tends to be highest in people who are passive or non-assertive. Conversely, people who are very assertive tend to be low on avoidance. There is increasing evidence that an avoidant style creates problems in close relationships.

John Gottman (1994), a prominent researcher on marriage, described three common styles of relating in couples. One of his three types of couples was the avoidant couple.

Avoidant couples tend to minimise conflict and often don’t resolve their differences, agreeing to disagree. Gottman has found an avoidant marriage is one style that can endure, but states, '...there is a low level of companionship and sharing in the marriage.” He goes on to report, “Another hazard of this type of marriage is that it can become lonely” (Gottman, 1994, p. 46). Individuals in such marriages may often feel disconnected, misunderstood, and ill-equipped to deal with conflict should it arise.

As partners in a relationship improve their assertiveness and active listening skills, their self-confidence will increase. This is the positive cycle of more assertiveness increasing self confidence. Increasing assertiveness also tends to decrease avoidance and partner dominance, which is a common negative cycle in couples. For more details on this exercise, refer to the Couple’s Workbook.

For more information on PREPARE/ENRICH or to simply set up a couple on the tool, please contact: www.prepare-enrich.com.au or call today (02) 9520 4049 #prepareenrich.